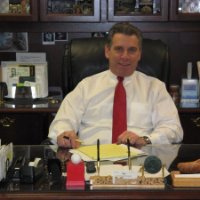 Robert (Bob) Martines began his career in 1979 by helping Salex Fleet Management Corporation pioneer the then-nascent concept of fleet management, then moved from Long Island, NY to Churchville PA to take advantage of an opportunity with a similar organization in 1984.

Ten years later, he founded Corporate Claims Management (CCM), and the rest, as they say, is history. Today, as CCM’s CEO, Bob and his company provide accident management, subrogation, maintenance, vehicle remarketing and driver safety services for fleets operated by many of America’s best-known organizations.

Bob has authored many articles published in Automotive Fleet and Fleet Financial magazines and served on the editorial committee for Fleet Executive magazine. He has been a member of New Jersey NAFA board since 1987, holding several chair positions, and was an instructor for NAFA’s estimating/accident repair module.

Among his numerous personal honors, he was elected to the Automotive Fleet Hall of Fame in 2011 and featured in Automotive Fleet as one of the “Fleet Personalities of the Year” in both 2009 and 2001. Also, the first affiliate to be nominated and win the “Affiliate of the Year” for NAFA in 2003. In 2016 Bob was unanimously elected as the sole affiliate trustee to serve on NAFA’s national board.

Overall, Bob describes himself as a very family-oriented individual. “My family is my life,” he says. “I am blessed that each of my adult daughters and spouses live within walking distance of the home they grew up. My wife Emily and I see our grandchildren each day and we are so fortunate to have such wonderful relationships with all. A family tradition beside Christmas at the Martines household is to spend Easter with our entire family at our second home in St. Augustine where we go several times each year.”

In addition to his company’s contributions to numerous causes, Robert donates personally to eight different charities, including the Sloan-Kettering Cancer Center, American Heart Fund and Wounded Warrior Project. He enjoys baseball and hockey and never backs away from a challenging crossword puzzle. He also is an avid reader, and especially enjoys Robert Ludlum novels.