Is an older car/truck ban coming to your city? 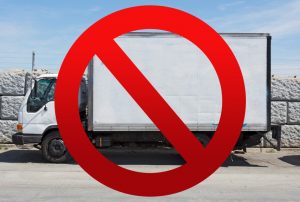 OK it is in Paris now but could L.A. NYC, Boston be next?

In an effort to curb air pollution in the French capital, the Parisian city council approved a plan authored by Paris mayor Anne Hidalgo that will restrict access by older vehicles to the city in a number of tiers. Beginning this July, trucks and buses registered before 2001 will be prohibited from entering the city between 8 a.m. and 8 p.m. Then next July, the 8 a.m. to 8 p.m. prohibition will extend to all cars registered before 1997 and motorcycles registered before 2000. The restrictions will grow tighter through 2020, when the bans will extend 24 hours and will include all vehicles built before 2011.

No exceptions for classic cars have been announced as part of the plan, nor have the penalties for violating the restrictions. The city has set up a fund to distribute up to 1,350 Euros (or about $1,500) per person to help Parisians forced to give up their older vehicles by the bans.

While Paris appears to be the first major European capital to ban old cars within its city limits, it’s not the first to discuss or implement anti-car measures to reduce air pollution. London mayor Boris Johnson and the Transport for London planning group have discussed excluding diesels and cars older than the 2005 model year from the city as early as 2020 or charging their owners to drive into certain parts of the city. And in 2008, a number of German cities banned the heaviest-polluting vehicles from entering its city centers. The proposals come as European Union countries face stringent EU regulations aimed at reducing NO2 levels, regulations that carry penalties of multi-million-Euro fines.

Last March, Paris experimented with banning half of its cars from driving in the city, based on their number plates, after a days-long stretch of heavy smog in the city. The experiment lasted for one day, with ministers claiming the one-day ban helped lift the smog.